On 22 March 2020 the federal government announced that the minimum pension drawdown rates would be temporarily halved for the 2019/20 and 2020/21 financial years. This is due to many retirees losing a significant portion of their super account balance as sharemarkets have plunged due to the coronavirus crisis. This rule change assists retirees who do not wish to sell their investment assets while the value of those assets is reduced.

The temporary reduction in pension drawdown rates (see table below) will benefit retirees with account-based pensions and similar products. Lyn Formica, head of technical and education services at SMSF specialist Heffron said the legislation passed on 24 March made it clear that this includes allocated pensions and market-linked pensions (also called term allocated pensions), as well as transition to retirement pensions. Not included are defined benefit pensions such as lifetime or life expectancy products.

The upshot is that eligible retirees with enough cash flow to ride out this period of extreme market volatility will not be forced to sell shares, property or other assets into a falling market simply to comply with the usual minimum drawdown amounts. By preserving more of their capital, they will have more money working for them to capture the market upswing when it inevitably occurs.

Unfortunately, retirees with low super pension account balances may find they need to withdraw more than the temporarily reduced minimum amount to cover their living expenses.

Following the temporary reduction in minimum drawdown rates, Mike will now only be required to withdraw 2.5% of his account balance, that’s $5,000, by 30 June 2020. If he has already withdrawn more than $5,000, he is not able to put the amount above $5,000 back into his super account.

Why does the government set a minimum payment?

The reason for setting minimum annual payments is to satisfy the sole purpose test. That is, that superannuation, and the generous tax concessions it receives, is designed to provide retirement income. It’s not designed as a tax-effective way to transfer wealth to the next generation.

The percentage factor – beginning at 2% and rising to 7% as you age – is generally considered a safe amount for retirees to withdraw annually while maintaining an account balance that will keep the income flowing through retirement. As it’s impossible to know how long any individual will live, these amounts are based on the average lifespan for Australians who reach age 65, 75, 80, 85, 90 and 95.

Your super income stream will stop:

There is no maximum annual drawdown other than the balance of your account, unless it is a Transition to Retirement (TTR) Pension that is not in retirement phase, in which case the maximum amount is 10% of your pension account balance.

The government’s temporary halving of the minimum pension drawdown rates will give retirees with account-based super pensions and similar products more flexibility in the management of their pension assets while investment markets remain volatile. Eligible retirees may benefit from seeking independent financial advice to determine the best pension strategy for their circumstances. 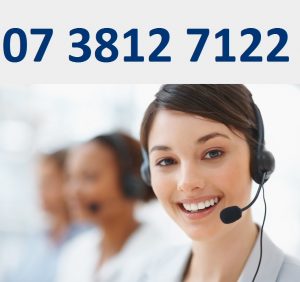 Email:
wealth@limestone.net.au
You can find us here too